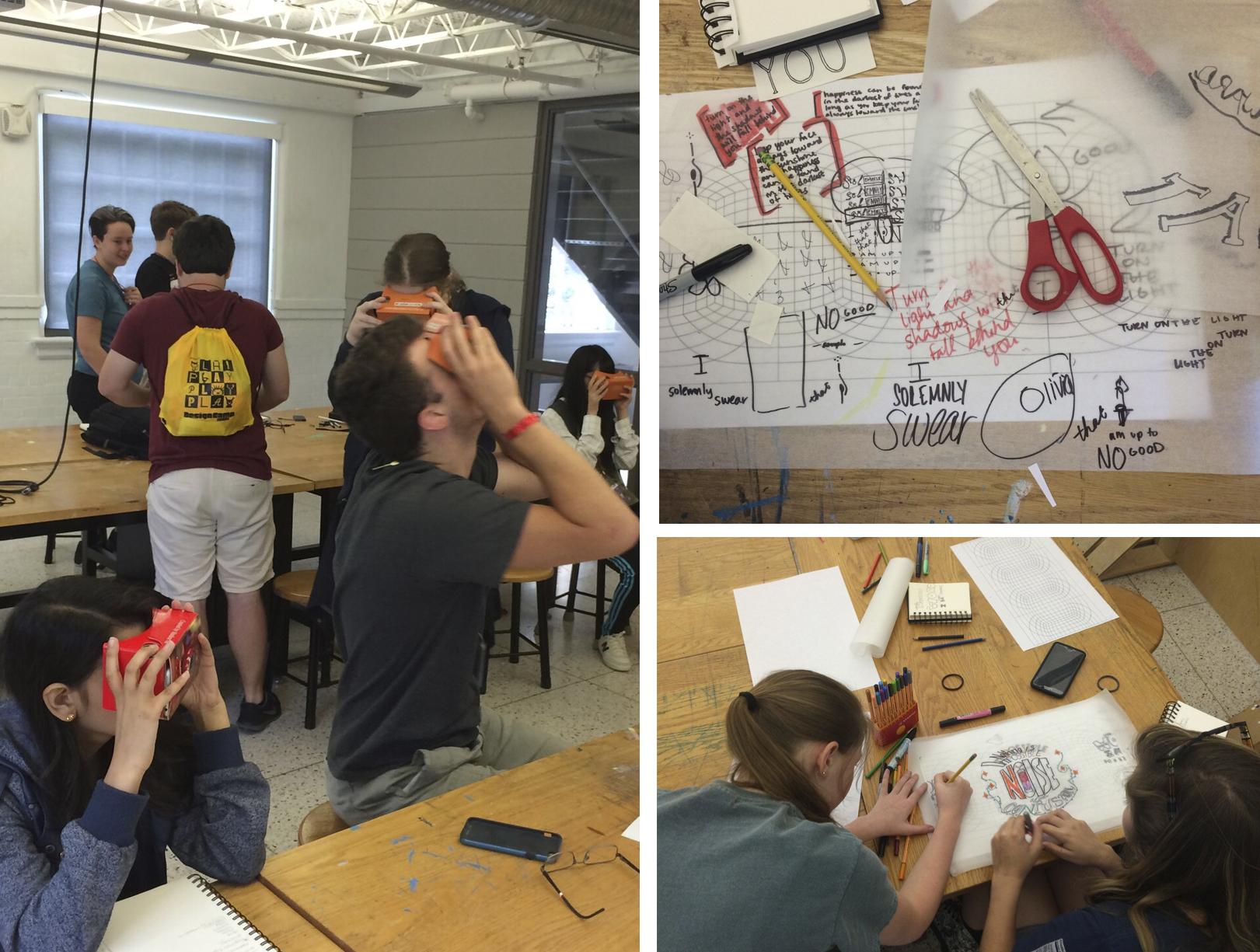 Panoform is a low-fidelity VR creation tool that I developed along with Dr. Derek Ham. Looking at the state of VR creation at the time, we realized that most tools for creation were geared towards professionals and required a good level of technical proficiency. We created Panoform as a way to democratize VR creation, and to give people the ability to br creators, rather than just consumers of VR content.

My contributions to the project include developing the tool from the ground up and maintaining the back-end, focusing on performance as one of the key aspects. I am a firm believer in the future of the web as a computing platform, and not releasing a native app was a conscious decision. In addition to being on the open web, this also enables access to the tool from any system and operating system, as long as the user has access to a web browser. This is very important for schools because young students might not ahve appropriate rights to install apps on their phones / tablets, and it makes the process streamlined for the educator using the tool in their classrooms.

I also worked with a small team of research assistants to come up with various avenues for expansion of the scope of the project and its implementation in various subjects and use cases. More about this in the What next? section.

I have talked, given presentations, and conducted workshops on Panoform at top-level EdTech conferences like SXSWedu and ISTE, as well as various schools. The tool was unanimously well-received at all venues. We have reached educators and students across the country, and they are using the tool for creation in their curricula. A hint of the impact can be seen by browsing the #panoform tag on Twitter.

The versatility of the tool gives it several potential applications where it can be used. From being an artist's tool for sketching immersive spaces, to recreating plans and elevations to recreate a room in 360, we are still exploring a more formal approach to deveoping a curriculum incorporating Panoform at various local schools in all subject areas.

The reason that VR is so powerful is not because it mimics reality; but because it lets creators create their own version of reality and to share this reality with other people. I have included some images from workshops, and a how-to video created by an educator using the tool.

Michael Fricano, an educator from Hawaii created this walkthrough to using Panoform. 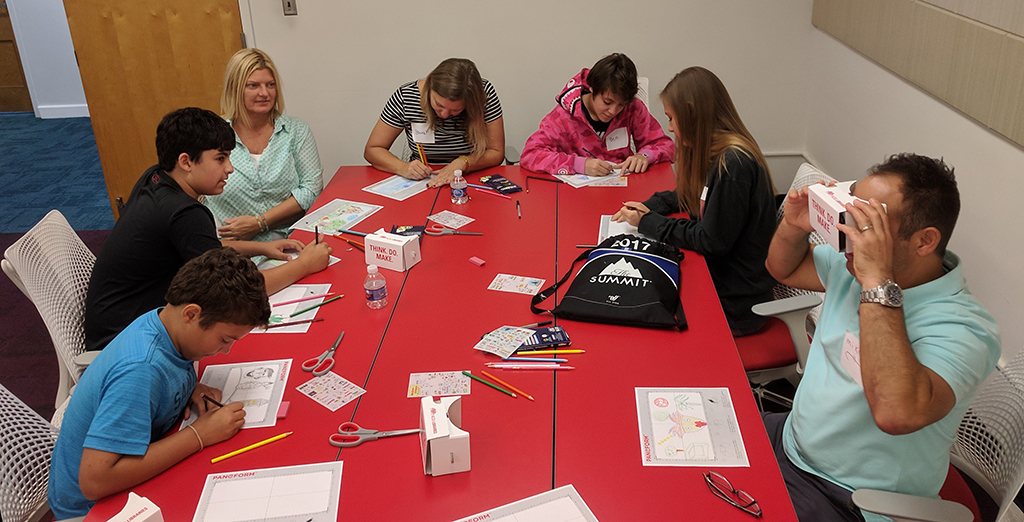 Kids and parents busy at creating VR together. Photo from a STEAM workshop conducted at the D.H. Hill library, NC State University. 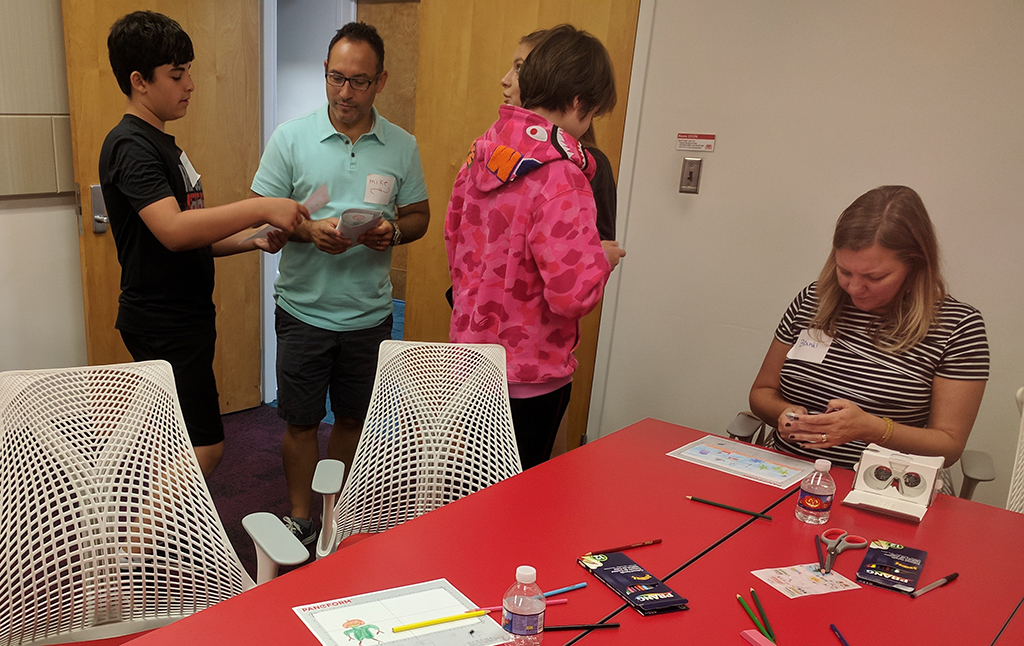 Panoform fostered rich conversation and discussion between parents and kids, and some great questions were asked. Photo from a STEAM workshop conducted at the D.H. Hill library, NC State University. 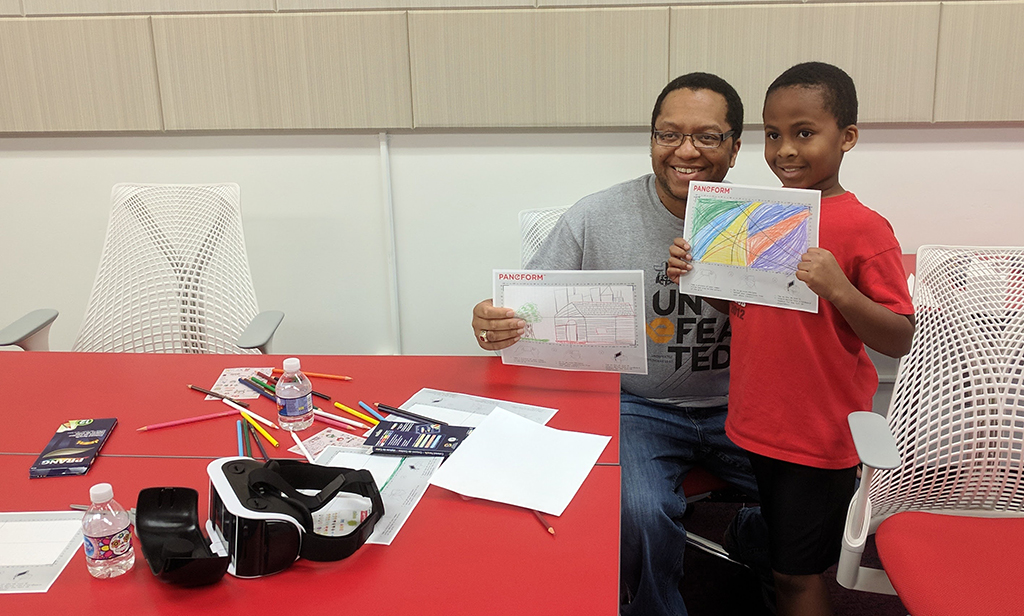 A proud parent and his son showing their Panoform creation. Photo from a STEAM workshop conducted at the D.H. Hill library, NC State University. 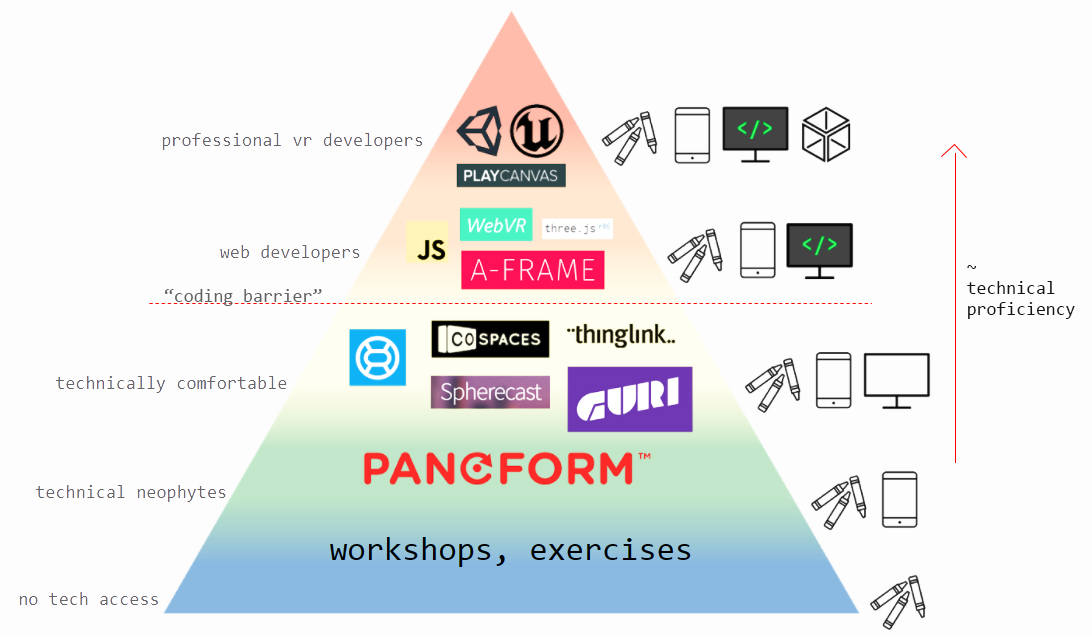 A listing of popular existing tools for VR creation at the time of writing. The higher the tool on the pyramid, the more technical expertise is required of the user.

This Maslow’s hierarchy-esque pyramid shows various popular tools for VR creation at the time of writing (June, 2017). At the bottom, we have only basic analog technology like crayons and paper as shown on the right. Going up the pyramid, we have more technology to work with in the creation process, which loosely aligns with the roles outlined on the left.

At the top we have creation tools that require a very high level of technical proficiency. Game engines like Unity and Unreal are used to create VR games and experiences. PlayCanvas is a web-based game engine I’m really excited about.

Moving down, we have JavaScript, and various APIs, frameworks, and libraries built on JavaScript like WebVR (or WebXR), three.js and A-Frame. These tools are all web-based and are great for current web-developers.

Moving down to the tools that don’t need programming but are for people comfortable with technology in general, things start getting really interesting. Recently a lot of new tools have been coming up in this space. CoSpaces, StorySpheres, Vizor, Thinglink, GuriVR. I love CoSpaces. GuriVR is another personal favorite that doesn’t get much love--it’s a tool that lets you create 360 VR environments by describing your scene through text, like a movie script.

Further down, we have Panoform, using which one can create quick 360’ VR environments using simple tools--a sheet of paper, crayons, a smartphone, and a Google Cardboard.

The merits of VR creation

To explore the benefits of creating for VR on a learner, I look at the process of VR creation and see how it might affect somebody's learning process.

The creator comes to the table with an idea about what she wants to create, or she may come with an empty mind. She chooses a tool to work with, and takes a stab at creating her environment.

Looking at the process of VR creation, steps 1-5. The creator starts with an idea, chooses a tool, and takes a stab at creating her world.

After this first trial she puts on the VR headset, and is transported to her constructed world. This first transformation of going from a God’s eye view to a 1:1 scale makes her make connections between the two worlds. She hypothesizes, and as a natural next step goes back to the creation phase to make changes to her world. Is her hypothesis correct?

Looking at the process of VR creation, steps 5-9. The creator experiences her world in VR, makes inferences, and makes changes to the created world.

This cycle of going from ideation to active creation to experience and validation feeding back to ideation enables her to understand the system more completely with each iteration. Shifting between the creation and experiencing phase enables her to look at things from different perspectives. Through creating her own “reality”, she understands the content and the relationships therein at a deep level. 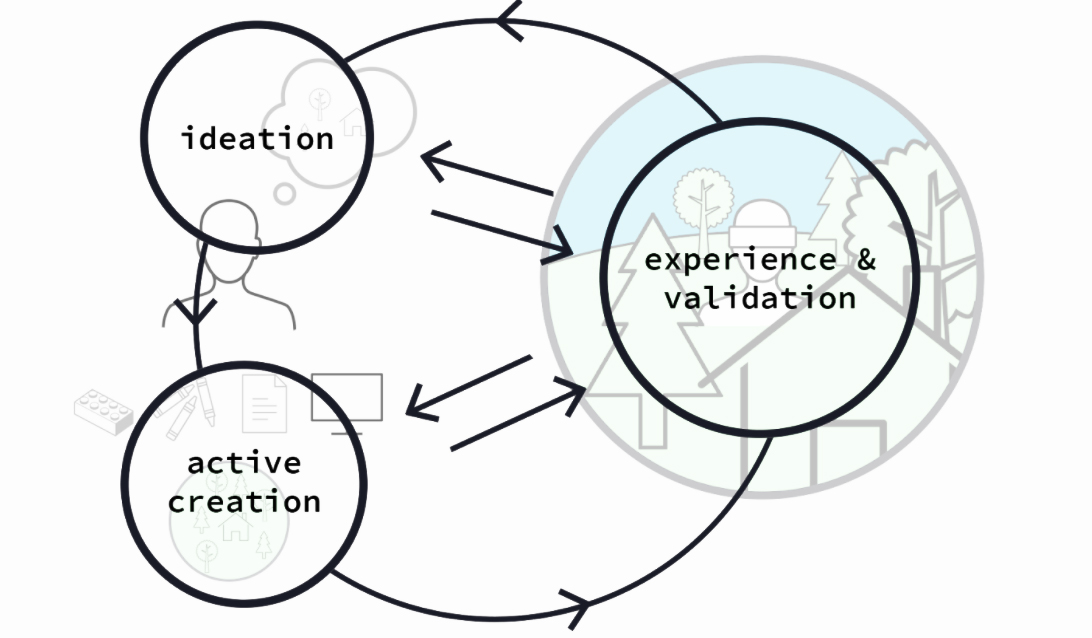 These shifts allow her to go from being a creator of her content to becoming a part of her content. This total immersion in content and then the ability to take a step back and be removed from it is very powerful.

Having constructed her world, she can then share it with her co-learners. This exchange enables the learners to experience others’ “realities” and points of view. This has the potential to start interesting conversations between the learners and enable a rich exchange of ideas.

Exchanging the created worlds with peers and exchanging ideas empowers the creator and helps them learn. This is strongly rooted in Papert's constructionist views.

Team Panoform has had very positive feedback from our community of users. We as a team are exploring various questions and possibilities. Some questions we have considered include: